Suhardy is a graduate in Economics from Carleton University, Canada. He was a bank manager at RHB Bank Bhd before leaving in 1998 to join adverising agency, an advertising agency as its director and shareholder. Here he gained a lot of experience in most aspects of the advertising business, and managed to display a good ability in managing the corporate and finance side of the company.

Suhardy’s main strength is his hands on knowledge of most of the advertising disciplines and know how in the corporate and financial management of a company. While ensuring the company’s operations are carried out in a timely and quality manner, Suhardy also ensures that the company is properly managed.

Norma graduated from Institut Teknologi MARA in 1990, after which she joined various companies that are involved in various aspects of advertising. She was at Finger Print, an ad agency from 1990 to 1993, TAD Network, a film production house for a few years before joining Concept Comm, Murad Hashim and Karsa Comm, three different ad agencies before joining Shout ACS in 2006.

She was appointed the Media Manager there and was there until 2017 before joining Comm NAS. During her 17 years’ involvement in the advertising industry, Normah built up a very good rapport with most of the local media owners, besides acquiring very good knowledge and grasp about the local media. She was in charge of coming up with media proposals in the various media especially the print media.

Normah’s main strength is her very good knowledge of the local media and her good rapport with them to assist clients to get the best deal possible. 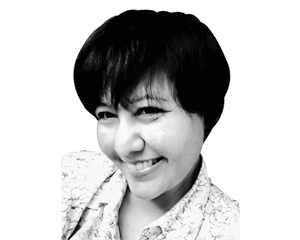 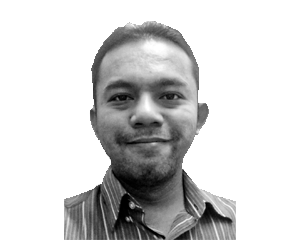 Ashrul studied Multimedia at Cosmopoint, and upon graduating with a Diploma in 2006, was absorbed by Cosmopoint in its Creative Department. He was there for two years before joining an advertising agency  in 2007 as a Graphic Designer.

While being attached here he was involved in a lot of the company’s operations, being responsible for the designs and outputs for press advertisements, annual reports, books and many other collaterals. Through the years he has grown very accustomed to the various size and material specifications for press advertisements and other printing materials.

Ashrul’s main strength is his in-depth knowledge of the media specifications as well as his personal passion for design and commitment to the work at hand.